15 Dragons have been named in the initial U18 Vic Metro squad ahead of trial matches this Sunday at IKON Park.

There will be two trial games this weekend, held at 10:30am and 12:30pm with Sandringham Dragons assistant coach Jackson Kornberg taking the reins in the earlier game.

The full Vic Metro and Vic Country squads can be viewed HERE. 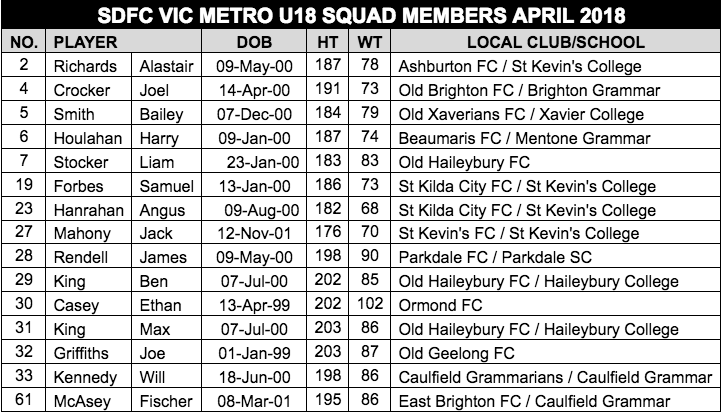