Dragons charge to win over Oakleigh 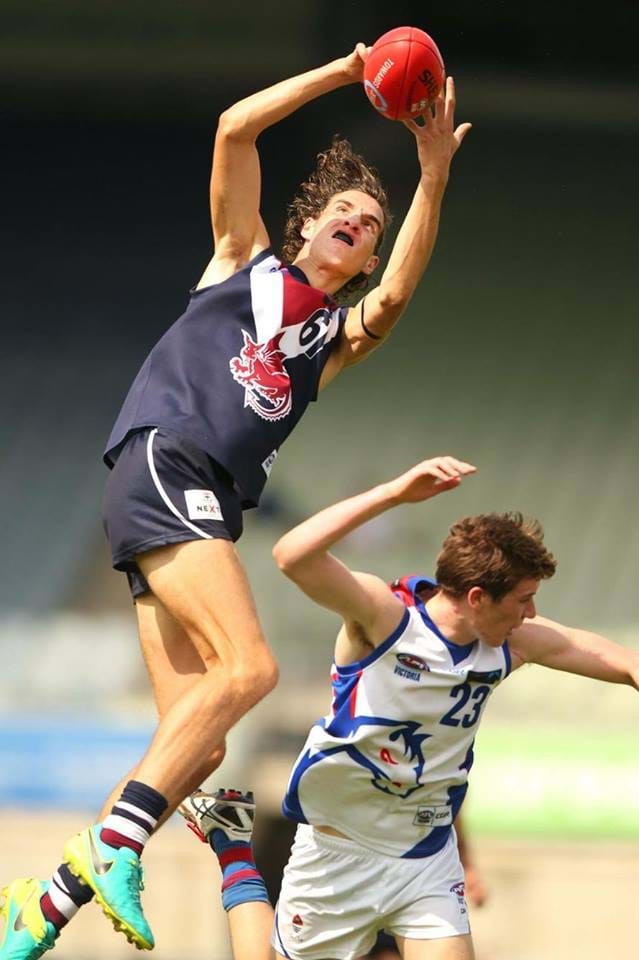 Sandringham Dragons have started their premiership defence with an impressive 56-point win over Oakleigh Chargers at Ikon Park on Sunday.

Despite a five-goal-to-two second quarter coach Jeremy Barnard isn’t getting carried away with the win saying post match that there were patches where the Dragons played really hard Dragons footy and other times where they dropped off.

“We dominated the game for three quarters … there was a patch there at the backend of the first quarter where our pressure started to come off a little bit but then the guys were able to ramp it up and started to play real Dragons pressure footy,” he said.

“When we play Dragons footy we are pretty hard to beat with our ball movement, our scrimmage and our pressure.

“Whingeing about a nine-goal win is not a bad thing.”

“It is always pleasing when you come out with a nine-goal win but there were still times where we let them move the ball [the way they wanted] which are things we need to work on,” he said.

“There are plenty of things we need to tidy up going into Northern Knights next week but it is always good to win after something like that.”

Debutant Max King was the star forward kicking 4 goals on debut, including two in quick succession during the Dragons dominant second quarter.

“ [He] played a pretty good aerial game of footy … he took a couple of really strong marks,” he told Dragons media post match.

“He is going to be a really promising prospect for us as a tall forward and playing in the ruck at times.

“He did well and still has some things to improve on but as a first gamer he did really well.”

Quintin Montanaro was nominated best on ground by the coaching staff after a solid performance on the wing.

Kornberg said Montanaro enabled the Dragons to move the ball the way they wanted to through the middle.

“He sort of fell out of the game a little bit in the third quarter but really picked it up in the last half.”

Andrew Brayshaw kicked the first goal of the game and never let up after that with a team high 25 disposals.  Lucas Barrett, Isaac Morrsiby and Aaron Trusler also impressed up forward, kicking two goals each in a high-scoring Dragons forward line.

The Dragons will now face the Northern Knights next Sunday at 2pm at Ikon Park.