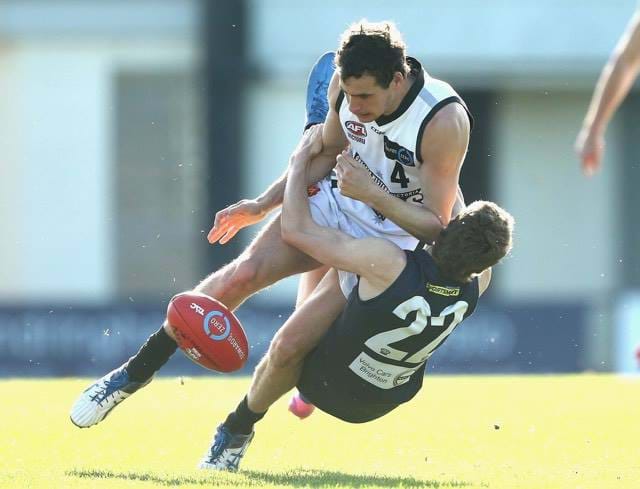 Sandringham Dragons are back on the winners list after a 39-point win over the Greater Western Victoria Rebels at Trevor Barker Oval on Sunday.

The Dragons were able to hold off a fast-starting Rebels outfit to storm home winners after a dominant second quarter.

A dominant start to the second quarter and three goals to lively small forward Aaron Trusler allowed the Dragons to get back into the game. Sandringham kicked the first five goals to take the lead before two late ones to the Rebels Jed Hill put them back in front on the half-time siren. Sandringham was able to lift their intensity and play much-improved Dragons football.

A second half riddled with errors from the Rebels allowed the Dragons to capitalize on the scoreboard and run away with the game.

Captain Hayden McLean was awarded the Sportsmart best on ground player at a post-match function at Milanos Tavern in Brighton.  McLean was a strong presence up forward kicking three goals and taking nine marks.

Sam Sofronidis was awarded the Fin Fitness coaches award after a solid performance in defence where he gather 17 dispsosals, eight kicks and three marks.