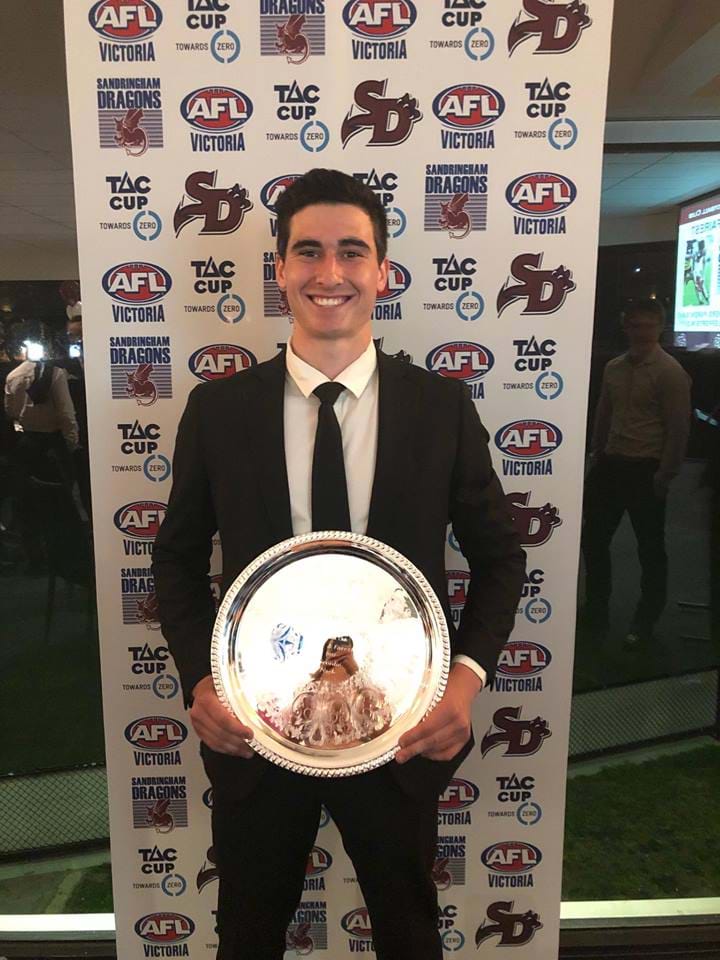 Defender Geordie Nagle was crowned the Sandringham Dragons best-and-fairest player on Saturday night in front of over 100 players, family and Dragons staff members at Sandy by the Bay.

Nagle took home the award after polling 36 votes across the season, with midfielders Quintin Montanaro and Will Walker rounding out the top three with 34 and 31 votes, respectively.

Nagle played 18 out of a possible 21 matches for the Dragons this season after missing the first three games through injury. He averaged a team-high 26.2 disposals, 6.1 marks, 4.9 rebound 50s and 4.2 tackles.

For the first time since Liam Sumner in 2011, a player polled five out of a possible five votes in a game when Hamish Brayshaw was rewarded for his clear best on ground performance against the Northern Knights in round 18. Brayshaw kicked five goals and gathered 30 disposals to go with his 11 tackles, eight marks, eight clearances and five inside 50s.

Other major award winners on the night included Bailey Smith being awarded the Best First Year Player, Joel Amartey as the Most Improved and Sam Sofronidis as the Coaches Award. 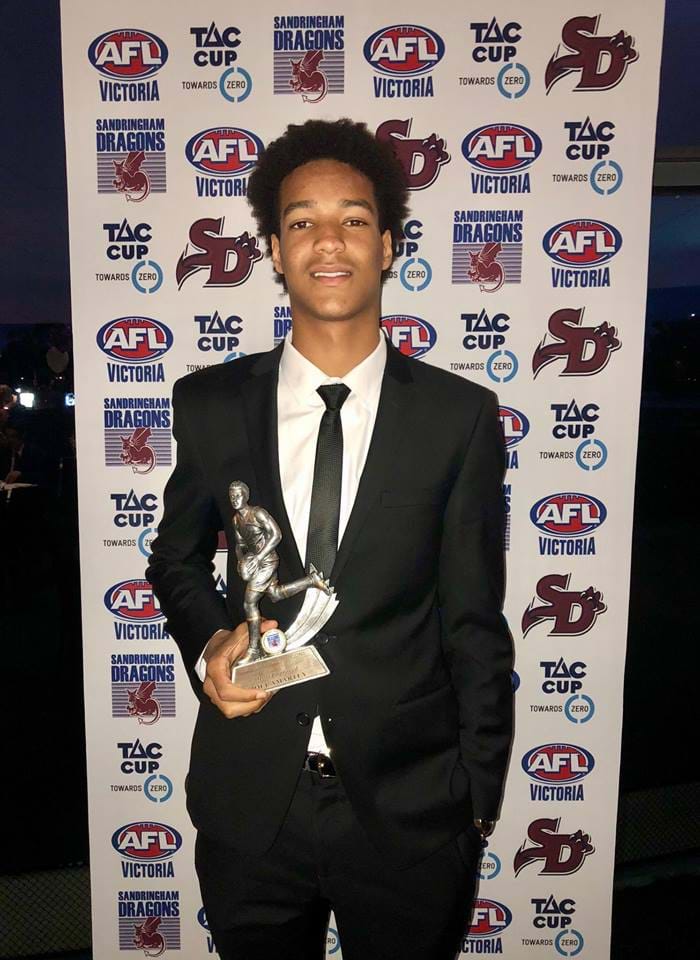 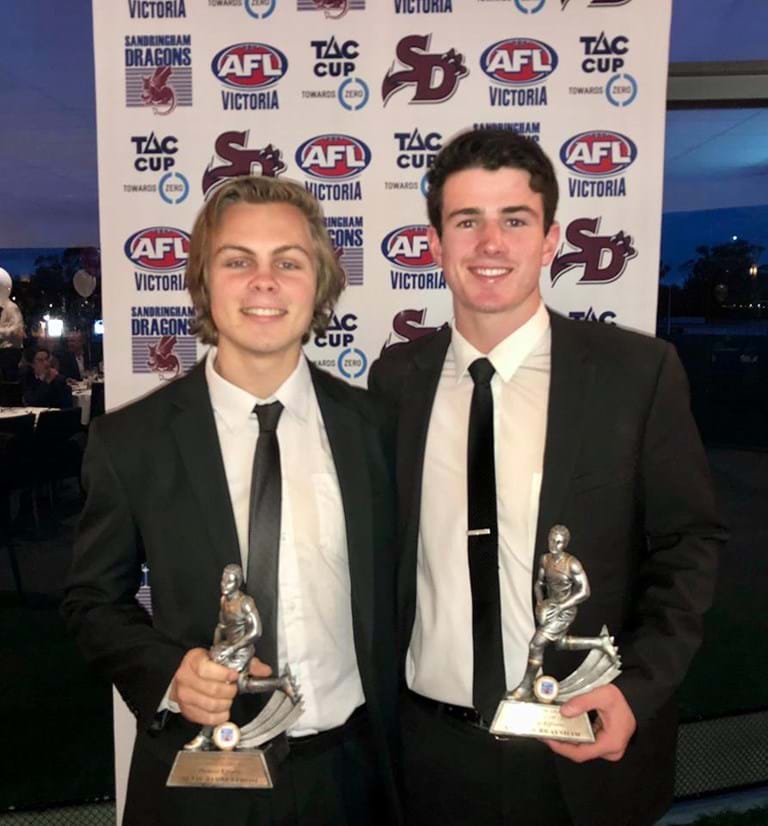 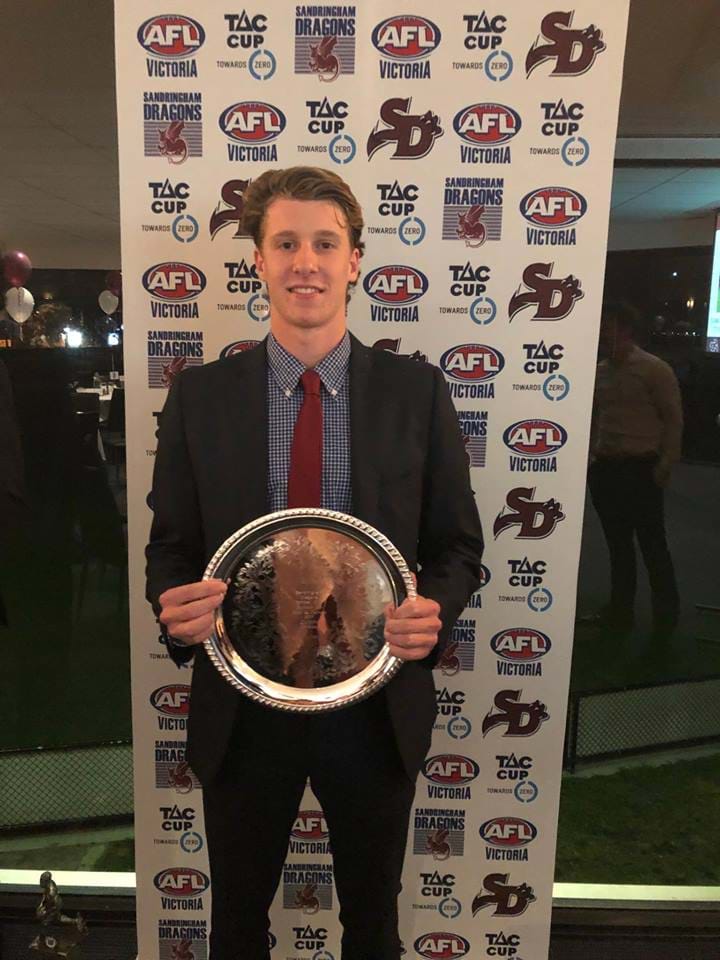 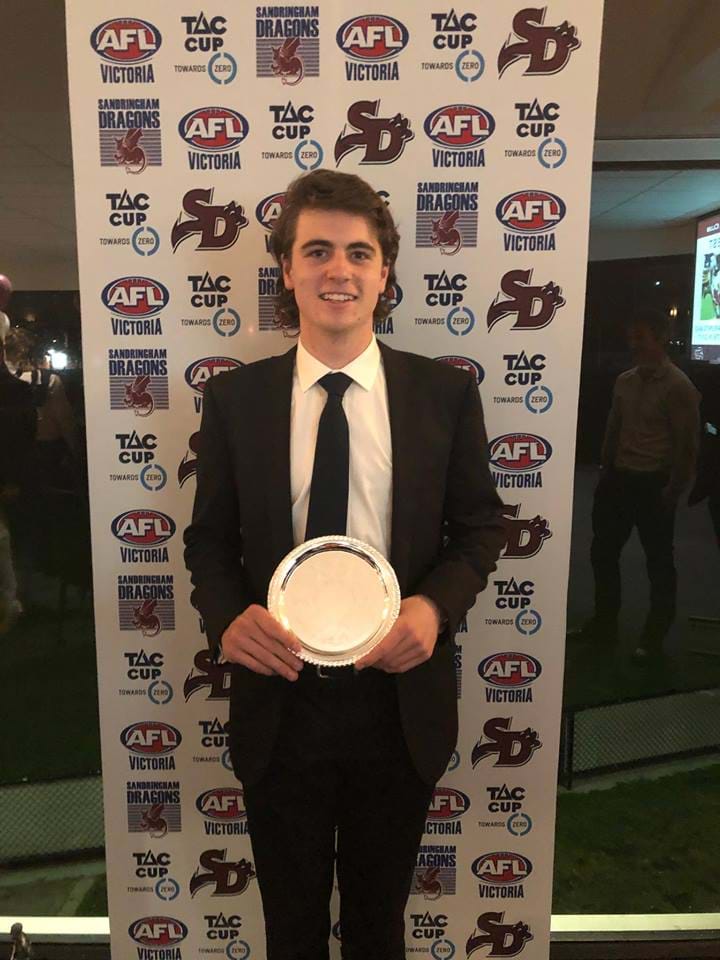