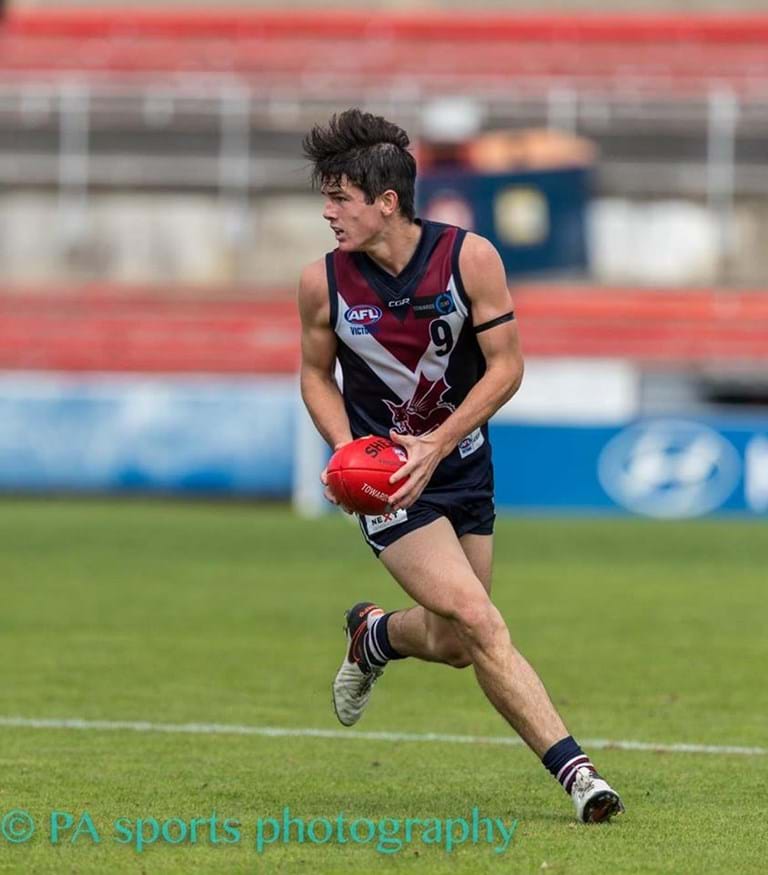 Despite only executing their game plan for a half of football, the Sandringham Dragons were able to run out 26-point winners against a defiant Northern Knights on Sunday.

The Dragons dominated much of the first quarter enabling them to lock the ball inside their forward half scoring 3.4 (22) to 1.0 (6).

After an even second quarter, Knights players responded in the third keeping the Dragons goalless.

“The first quarter and the last quarter we played really quite dominant Dragons footy and then fell away in the second and third quarter,” he said post match.

With their defensive intensity challenge and trailing by one point at the final break, the Dragons fought hard in the last quarter to improve their attacking ball movement.

A 3-goal-to-one final quarter allowed the Dragons to secure their second win of the season and remain one of three undefeated teams.

“They showed a lot of grit and determination and their defensive pressure was outstanding and it enabled us to get a lot of scoring opportunities,” Kornberg said.

“It is a credit to the boys and to the fitness staff that we were able to run out the game so I think the boys showed a lot of determination in the last quarter.”

Heading into the final quarter Dragons coaching staff reiterated to the plays that it wasn’t panic stations yet.

“We spoke to the group about in every game or every last quarter there is a moment that will turn the game … we just focused on making that moment our moment,” assistant coach Jackson Kornberg said.

“The main message was if we play our footy then we can get over the top.”

Andrew Brayshaw was judged best on ground by the coaching staff after an impressive four-quarter effort gathering 27 disposals, 9 tackles and 3 inside 50’s.

“I thought through the midfield her was instrumental, especially around the stoppage,” Kornberg said post-match.

“In the last quarter he really stepped up with his spread and he set up a couple of goals … which is something we have really been working on the last couple of weeks so he put together a really, really good game.”

The Dragons will face fifth placed Western Jets this Saturday at Burbank Oval from 11am in a double-header with the TAC Cup Girls squad.