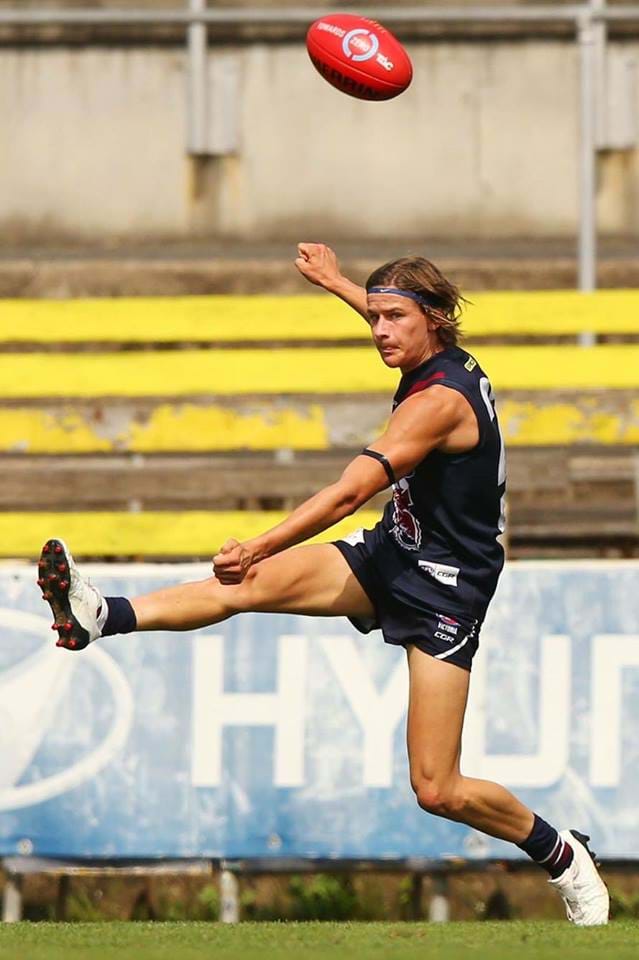 A commanding 64-point victory against Western Jets saw the Dragons start their season with three consecutive wins and become one of two remaining undefeated teams.

Led by assistant coach Mick Lovejoy the Dragons dominated the contest after an even first quarter. Controlling the game and clearances led to an abundance of scoring opportunities, kicking 11-goals-to-two after quarter time.

“At one stage we had 3 blokes down on the bench,” he said post match.

“We worked hard and we worked smart … Times where we controlled the ball we put them under extreme pressure with +32 tackles.

“When you are 3-0 it sets yourself up going forward.”

There were a number of outstanding performances from the Dragons with Andrew Brayshaw continuing his run of good form, Lucas Barrett providing effort and leadership in the midfield and Max Lohan off the backline.

Kai Owens was adjudged best on ground after an influential performance at half-forward where he gathered 18 disposals, 4 inside 50s and 3 clearances.

“[Kai] is new to the [TAC Cup] program but he played great Dragons football,” Bernard said.

Bottom-ager Bailey Smith was awarded the coaches award after playing a solid game off halfback. In only his third TAC Cup outing Smith gathered 22 disposals, 5 marks and 4 rebound 50s.

The day was soured by a number of injuries to Dragons players, most notably a serious knee injury to ruckman Ethan Casey.

Jeremy Barnard confirmed yesterday Casey has ruptured his anterior crucial ligament in the dying moments of the game.

The Dragons will now face the Dandenong Stingrays (2-1) on April 22 at Frankston Oval from 10:30am.