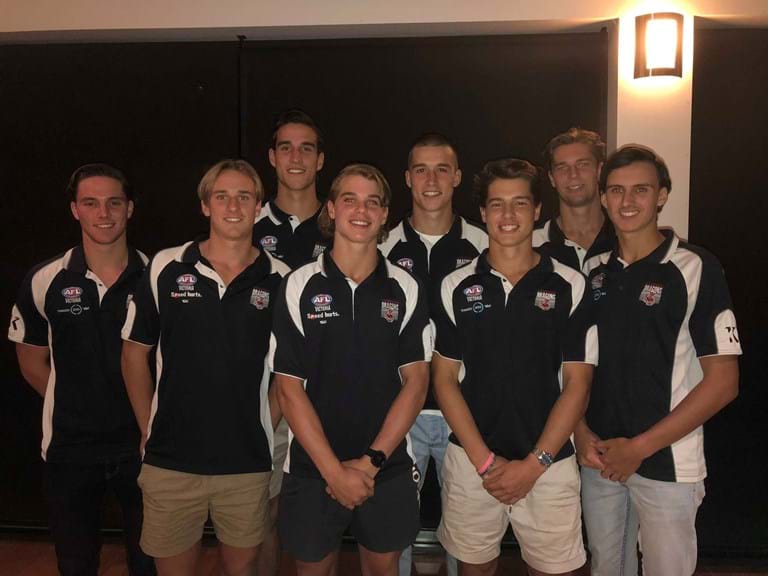 The Sandringham Dragons 2018 leadership group has been named in front of friends, family and staff at our season launch at Sandy by the Bay on Wednesday, March 14.

Bailey Smith was given the honour of captaining the club in 2018 and will be supported by vice-captains James Rendell and Ben King.

Liam Stocker, Will Kennedy, Ryan Macdermid, Anthony Seaton and Alastair Richards round out an eight-man leadership group that will set the standards at the club in the upcoming season.

The club was fortunate enough to have Will Walker, the 2017 Dragon who was drafted by North Melbourne with pick 23 in the national draft, come in and speak to the boys about footy and life in general, passing on valuable advice gained through his experience in the TAC Cup and now AFL system.

Click HERE to read the full interview between Jackson Kornberg and Will Walker.

A 72-player squad was also announced during the evening, with each member receiving their club kits from talent manager Ryan O'Connor as well as the 2018 coaching panel.

The coaching staff were thrilled with the attitude and commitment illustrated throughout the entire playing group over the pre-season and are looking forward to another strong year in the TAC Cup.

Congratulations to those named in the 2018 leadership group and to all the players who earned a place in the squad.

Our 2018 season kicks off on Saturday, March 24 at 1:00 in Frankston against the Northern Knights.